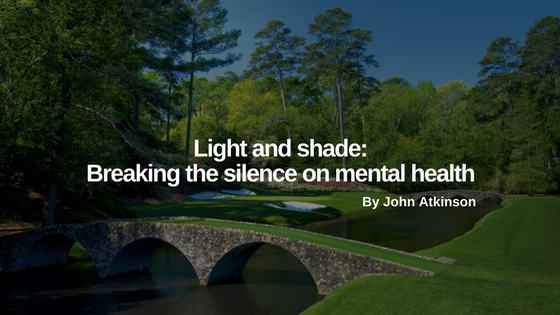 No 30for30 runs this weekend means no blogging and no afternoon naps on the sofa. I’m quickly forgetting what I usually do on Sundays 🤔

I am searching for new races to book in early next year, and whilst I have the laptop out, I wanted to repost this blog by Adam’s friend, John Atkinson. John made a very kind donation to 30for30 earlier this week which prompted me to go and read his blog again. The blog was written on the year anniversary of Adam’s death and touches on John’s experiences with mental health – It is beautifully written and really worth a read…

My sister Lauren lost her best friend Adam a year ago today. Despite hearing a lot about him over the years (mainly about the many hilarious ways he liked to embarrass her in public) I had not actually met Adam. That is until I randomly bumped into him when I walked into the golf shop he worked at in Hazel Grove. He sold me some clubs that day and suggested we go for a round sometime. I took him up on the offer and we played several rounds over the following months.

I liked Adam instantly and could see why Lauren liked him so much — his sense of humour was infectious and he just seemed to exude a positivity that made you smile. I was so saddened to hear the news last year that Adam had taken his own life and couldn’t believe someone so full of life was no longer with us. I also struggled to understand how much of a sense of loss I felt, considering I had only met Adam a handful of times. I put this down to my feelings of sadness being for my sister and of course for Adam’s family. But I also think in a small way, I felt a loss for the friendship we would have had. Adam was one of those people that after meeting him for the first time, you felt like you’d known him for ages. He was incredibly funny, warm and friendly and seemed to spend most of his time trying to make the people around him laugh.

When thinking about Adam, it occurred to me that I saw many similarities in my own personality — fun, bubbly, jokey (although I also have a grumpy-old-man side to me that makes the most frequent appearances). I don’t believe it to be a universal truth but I do think that often it is these types of characters, with all their warmth and light, that also experience a shade that most people who meet them would probably never even notice or realise.

Which leads me to my own struggles trying to stay out of the shade — you’d think as a ginger that I’d love being in the shade! You see, that’s what I always do — make a joke, act the clown. Most of the time I am happy, and I am certain that Adam felt happy a lot of the time too. But sometimes I’m just very good at pretending. You learn to become a very good actor — Robert De Niro has nothing on me… ok, maybe not Robert De Niro. The cast of Hollyoaks then.

But the truth is, the past 6 months for me have been the hardest of my life. There were the days that I couldn’t get out of bed, the days when I would cry uncontrollably and not know why, not to mention the days where every minute seemed to stretch out for an eternity. Time goes by very slowly when you feel like this, and moments of relief are all too fleeting. For me this only lasts for a few days, then I seem to be back to my old self again and am left wondering “what was all that about?”.

Mental illness — even writing those two words makes me feel uncomfortable. But why? That’s what it is. We all experience physical illness and ailments in our lives and would not feel too uncomfortable discussing these with friends or even colleagues. But would you feel comfortable telling your work-mates that you “just feel very anxious today”, or that you’ve “just been feeing down a lot recently”? Maybe, maybe not.

Most of us will experience some form of mental illness in our lives. It may be mild and short lived, or it may be a lifelong illness that you have to learn to live with despite how incredibly hard that may be. But here’s the thing, despite it being so wide-spread, you’d think that there were very few people with these issues. Of course, we’re not going start yelling it from the rooftops or begin stopping strangers in the street to tell them about how shitty a day we’re having. But it would be nice if we could feel more free to openly discuss these things, without feeling like we’re going to be judged a mental case, or labelled as mad. Having emotions doesn’t make you weird, or crazy, it’s called being human. It would be much weirder if you didn’t.

Having emotions doesn’t make you weird, or crazy, it’s called being human.

There’s no easy fix for this, just like there’s no easy fix for depression or anxiety — believe me, I’ve tried them all! But the sooner we can feel more open to discuss these issues, the sooner we can kick this stigmas arse into the middle of next week (and beyond). Talk. For godsake talk. Ask your friends if they’re ok. Ask your family members, ask your colleagues. (As a side note, I think companies should do more to look after the mental health of their employees, 1) by offering free counselling and/or support and 2) openly discussing the subject to show their employees that they will not be discriminated against or feel like they have to lie when they are unwell). Talk about your own experiences. Talk to anyone, a close friend, a stranger, a doctor. I really can’t stress this enough — talk! You’re not being strong by not talking about it, you are not weak if you do. It’s not about “manning up”. Strength is accepting your situation and then doing something about it.I am happy to say that over the last few weeks I have started to feel much better. I put this down to work (yes work, sometimes it’s good to just bury your head in something to take your mind off stuff), eating regular meals, exercise (walking and running), sleep, meditation (give it a try, you won’t regret it) and as my Dad would put it, the love of a good woman! Not forgetting the close support of my family, for which I know I am very fortunate.I was watching The Masters at the weekend and I was reminded of Adam. The photo below is one I took of him during the last round we played together. I remember we sneaked onto the competition tees on one of the last holes as it was getting dark, which boasted a beautiful view of the course through a window in the trees. Adam, half jokingly commented that “it was just like Augusta” (the stunning course that The Masters is played on every year). I remember thinking, whilst I watched the players on tv walking along the pristine fairways, that if heaven exists it would look like Augusta. I think Adam would have thought the same. Enjoy your round mate.

Thanks to John for writing this blog, a brave thing to do and also lovely to hear that Adam’s infectious character touched so many people.❤️

To make a donation to 30for30, view the sponsorship page here >>