OK, so it’s been a couple of months since I last blogged following the NY marathon and Adam’s 30th birthday. I said I would keep writing and running, but so far it hasn’t been going so well has it.

The problem is, since hounding people for charity donations for the 30for30 challenge, I don’t really know what to write about.

A lot goes on in my head, but it all seems pretty pointless writing about it without a sentence at the end to request some cash…

But now, as I sit here with zero plans apart from to do a 13mile training run, I’ve ran out of unnecessary things to do to waste my time. So I’ve ended up here…

The last part of 2018 saw the NY marathoners let loose a bit and not be tied by the burden of running every weekend.

I did a 10k race in Wilmslow a couple of weeks after the marathon to ‘keep it in the legs’ and in a bid not to have a mental crash after the hype of 30for30 – I captioned this 31for31 and I think a few people actually believed me. 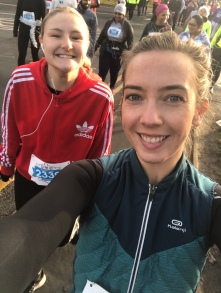 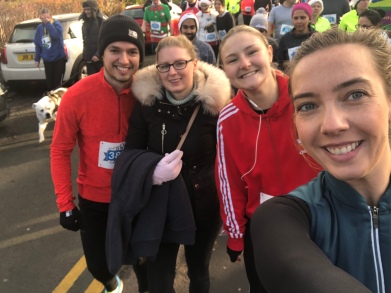 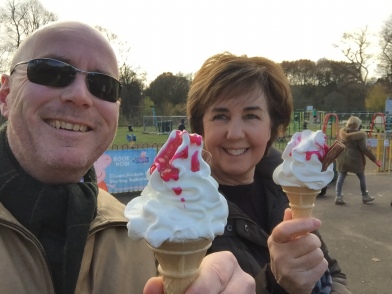 Christmas then came around which was a slight disaster. I hadn’t really dwelled on Christmas as much in 2018 as I presumed it would all just be fine. Being our 3rd Christmas without Adam, and the previous two hadn’t been too bad, how would this one be much different?

It was rubbish, we all fell out and I had a meltdown, being really angry with Adam for leaving me on my own and not playing rubbish games with me.

I try and not compare my lives to others on social media, as we all know not to take it too seriously. But when you’re in that mental anguish, it is hard not to scroll through and long for the fun that everyone else is having at ‘the most wonderful time of year’. I’m not a scrooge, I love Christmas and it will get better – but I’ve had more fun days at work than I did on Christmas Day 2018.

I did quite enjoy making people feel awkward though in the weeks following, every time someone asked ‘how was your Christmas’ and replying with, ‘Rubbish, how about yours?’

In light of the topic of my blog… What makes things better? Running, of course!

Out of races to repeat from the 30for30 challenge, the Boxing Day 10k was up there. With my good friend Nanci, we both travelled to Leyland (Nanci hungover and me just sad) to put the worlds to right again. And it really did work. Call me crazy, but name a better way to get ready for the turkey & stuffing sandwiches.

It isn’t all miserable and sad. 2018 was a great year for me: I completed 30for30, raising over £15k in memory of Adam, I got on the property ladder and made myself a nice new home, I travelled to a couple of new places, built stronger friendships and generally had a great time. I feel ‘back’ again, and not just the girl who lost her brother.

But just like Christmas and the perceptions around that, there comes a new year. ‘New Year, New Me’, ‘New Year’s Resolutions’ and shouts of ‘this will be my year’.

I try and not conform to the norm and think that there will be big changes, but it is hard and has left me worried that something bad is going to happen this year. Last year was good for me, so this year something is going to go wrong. Right?

It is ridiculous, I know, but I guess something that is normal to think when I know what bad feels like. That it is wrong now to be content and not to expect something tragic to happen and disrupt the peace.

I confided in Jemma and told her “2018 was so good, I am worried 2019 is going to be a flop”. She laughed at me and we told Marv, and together they told me they’d be my 2019 flop prevention squad. Just the kind of silliness I needed to bring me back to reality and try not to think like that.

I’ve been told having plans is the key to a good year. 2019 is the year of the wedding with lots of Adam’s friendship group getting married and my good friend tying the knot abroad which will make for a great girls holiday.

But also plans to make personal achievements are important… I think that is one thing I learned with 30for30 – I was constantly achieving things which was probably a big reason 2018 felt so positive.

Of course we have the Paris marathon this year. Which by the way, is NOT part of the 6 major world marathons… We thought it was when we signed up, having big dreams of one day completing all six and getting a fancy big medal: New York, London, Boston, Chicago, Tokyo and Berlin…. Not Paris…

Training is sort of happening although it is really cold and doesn’t have the same drive as the NY marathon training. On our last run, Jemma and I stopped dead around 8miles in and just shouted at each other that we were so bored.

I am running less and doing more gym work for strength which I’ve heard helps. And really trying to be healthy but failing.

We have decided to stay away from the internet for 72hours after this marathon, during the runners high, to avoid us signing up to another. But ask me again in April.

So 2019 flop prevention advice: book something in that will make you feel like you’ve achieved something this year. Despite January feeling around 3 months long, there are still 11 months left to plan.